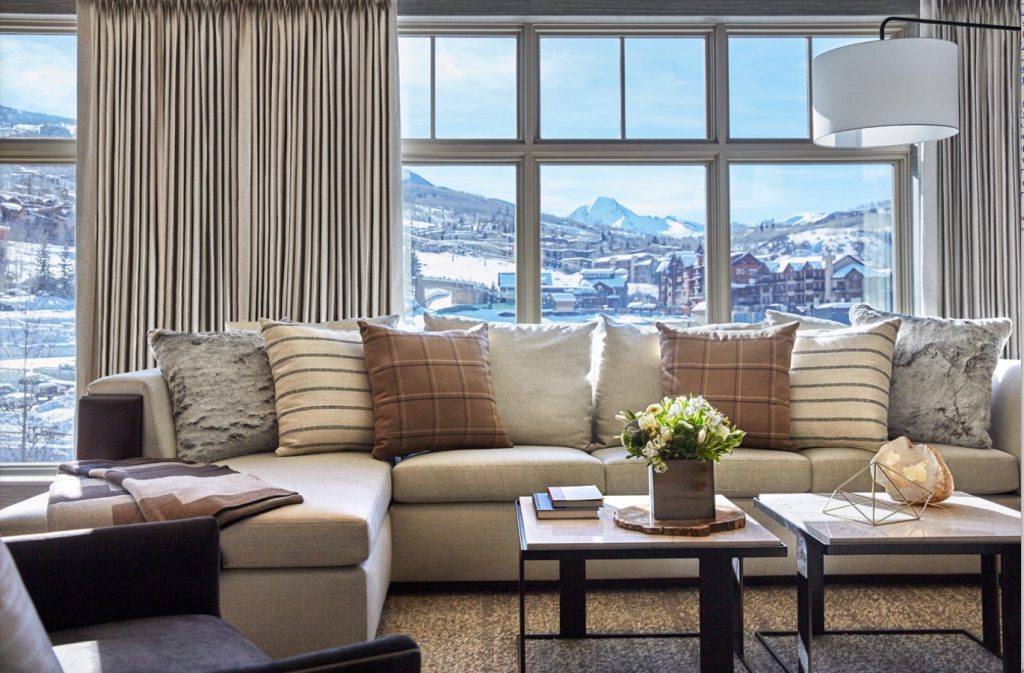 The Viceroy Snowmass is one of the more popular hotels in Snowmass, Colorado. I had the pleasure of staying here because according to their site, it is the perfect place to stay if you plan on visiting Aspen. I planned on visiting Aspen during the summer, but since I did not feel comfortable staying in crowded places, I was looking at hotels that were a few kilometers away from the crowds.

Viceroy Snowmass is only seven miles from Aspen, to be exact. This was ideal for me because it was enough distance to be away from the noisy area of Aspen when the tourists come in. At the same time, Viceroy Snowmass is located near notable mountains like the Buttermilk, Aspen Highlands, and Snowmass.

When I arrived at the airport, I was greeted by one of their valets because the hotel offers complimentary pick-up and drop-off to the airport. This was a plus for me because it allowed me to save the time and effort of figuring out where Viceroy Snowmass is in Snowmass Village.

The hotel boasts of interior designs made by Jean-Michel Gathy of Denniston International. As I have no idea who that is, I just assumed that for him to be named, he must have been a great interior designer. My expectations were met.

Upon entering the hotel, I was greeted by a symphony of wood, brick, rock, and glass. It was a display of different shades of brown and gray and although it would seem that it would be dark and gloomy, the lobby radiated feelings of warmth and welcome. However, what I noticed is that it wasn’t so spacious especially if the hotel was going to have a lot of guests. The long couches made everything stuffier and it occupied a huge portion of the lobby.

By being a five-star hotel, Viceroy Snowmass is expected to have the basic hotel amenities vamped up to world-class which they do have, actually. Although I wasn’t able to see their executive boardrooms and private dining rooms, I was able to stay around their other amenities like their gym, cocktail bar, pool, spa, and their famous Toro restaurant.

Their spa is a great cozy place for relaxation. They offer a jacuzzi as well which is great for anyone who wants to try out different ways to relax. I also stayed for an hour in their gym, although I notice that for such a small space, there were lots of gym equipment. I commend them for filling it up, but I wish they had more space for everyone to move. I had to constantly be conscious if I was going to hit somebody whenever I tried any of their gym equipment.

To cap off my stay at Viceroy Snowmass, I want to talk about how welcoming the staff is. From the valet that picked me up to the reception, everyone was warm and accommodating. They helped me get rentals for ski equipment, they were accommodating to my food requests, and what was most impressive of them all is that they never made me feel that I was traveling alone. Yes, I was just by myself, but the staff was so friendly you feel that you have been a regular visitor at the hotel.