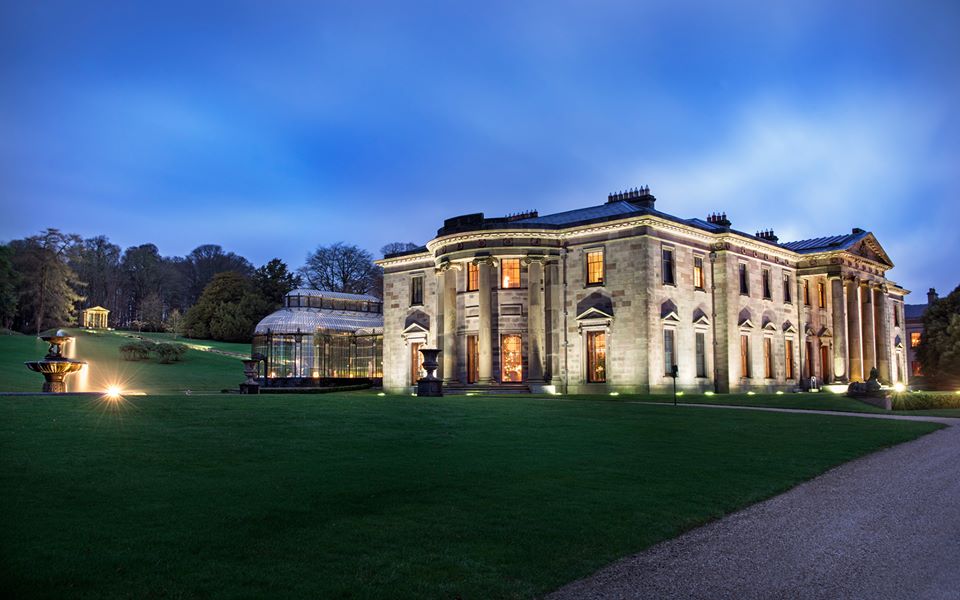 Ballyfin Demesne has a rich history although the mansion that I stayed in is nothing like the mansion that was here years ago. This 600-acre estate was owned by a few prominent Irish families and it was first converted to a school until it was again transformed into a country house hotel.

On my trip to Ireland, I stayed at the Ballyfin Demesne simply because I wanted to experience what it was like to live in a mansion. It’s been considered as Ireland’s most lavish Regency mansion and it’s also a five-star hotel. Complete with Irish customs, design, and scenery, Ballyfin Demesne invites people to their estate of 600 acres.

Ballyfin Demesne is at the heart of Ireland and right at the foot of the Slieve Bloom Mountains. As a traveler, I am often used to hotels near shores but rarely do I come across a hotel very close to a mountain. I don’t know the safety precautions for that, but I am sure that the hotel has the best location for a peaceful stay.

My intention when I visited Ireland was to have some peace and quiet away from the work I was doing. Ballyfin Demesne offered exactly that because it only had twenty rooms in the hotel. There wasn’t any crowd when I went there and even if I saw a few families, the place was so big it didn’t feel like it was crowded at all.

When it comes to design, nothing is like Ballyfin Demesne. I immediately fell in love with the interiors because it barely reminded you that you were in a hotel. Instead, I felt more like a big celebrity or politician living in a mansion.

The Entrance hall as they call it has mosaic tiles that you wouldn’t think could match the orange of the walls. But the wooden furniture, the deer’s head, and the cream-colored lamps made everything come together perfectly. Moreover, all the other reception rooms each had a character of their own – the Rotunda being the most state-like.

But apart from the actual design, there is one more part of the mansion that I think is underrated. These are the paintings hung on the walls. They were all made by famous Irish painters that portrayed landscapes of Ireland.

Ballyfin Demesne has at least six reception rooms, some are facing the lake, the mountain, etc. It also has its own library which I personally enjoyed. It had its own fireplace and at least a thousand books on walls and cases.

Unlike other luxury hotels, Ballyfin Demesne focused on having amenities that will make you feel like you’re at home. Instead of having state-of-the-art fitness centers, business rooms, and recreation rooms, the hotel gives you gardens, walks, and sitting rooms.

My stay at the Ballyfin Demesne was a memorable one. It really does feel like a vacation because it didn’t feel modern at all. The whole place was reconstructed to resemble how the old mansion looked like and I can say they did a great job. The management of the hotel did not bother you and this was a break from all the socializing and the bustling of the people. Staying at the Ballyfin Demesne is definitely the perfect vacation for a retreat to country life.